According to Christophe Rouvière, France has a unique opportunity to regain some of its energetic and industrial sovereignty by developing the hydrogen sector. 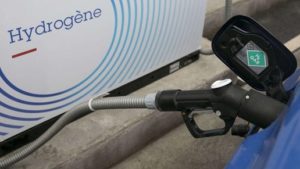 The crisis owing to coronavirus SARS-CoV-2 has resulted in an unexpectedly useful outcome for France: the question of the country’s industrial sovereignty has finally been brought forwards. Although the merger between Bombardier and Alstom has been authorised, it is still a long way from being acted, and we mustn’t let it avert attention from the fact that France has now let go of its industries, jobs, savoir-faire, attractiveness, and of course its ability to mobilise production in times of grave crisis. The reasons for doing so are plenty, but abolishing the State Planning Commission in 2006 was most certainly a contributing factor.

On the 3rd of September, Prime Minister Jean Castex will announce his economic recovery plan for the total amount of 100 billion. Several of these billions are to be devoted to a wide scale hydrogen programme. This French hydrogen programme follows on from the plan for green hydrogen development which was announced by the European Commission on the 8th of July of this year. Its objective is to cover 12% to 14 % of the European community’s energy needs with green hydrogen by 2050.

The revival of the State Planning Commission via the creation of the High-Commission for Planning is a good thing, especially if the idea is to take inspiration from the initial Monnet Plan (1946-1952). According to France Stratégie, «the first modernisation and equipment plan persists in our collective memory as the one to have expressed the post Second World War “modernisation or decadence”» dilemma in terms of concrete actions and figures.

A consultation phase with the different beneficiaries involved will result in a plan that should give special priority to a very ambitious five-year hydrogen programme to match those which delivered prior successes in aeronautics, nuclear energy and railways. These industrial sectors came to fruition in the context of such a five year framework. The national hydrogen plan will have to be very ambitious or else we may squander our chances of relaunching our industry on the coattails of this innovative sector.

Several European countries have gaged the measure of what is at stake. Germany has announced a 9 billion euro investment plan, Portugal’s plan is worth 7 billion, 8 billion for Spain, and other countries and other announcements will surely follow. Individual European States will have invested these 30 or 40 billion by 2030. The European Commission’s plan should bring an additional 200 to 500 billion euros to the table by 2050. These seemingly colossal investments will however be spread over the course of 30 years.

We mustn’t let these billions and billions blind us to the fact that the leading Asian trio made up of China, Japan and Korea has already made significant headway in the hydrogen sector. These three countries have a sure head start in implementing hydrogen station infrastructures and heavy and lightweight mobility, both individually and collectively. China, for example, invested 18 billion dollars in 2018 alone! That’s twice the amount set aside for the German hydrogen programme in total! Europe must waste no time in getting organised and implementing a widespread investment plan or it may lose this new industrial battle.

One thing is for certain, France and Europe’s chances of regaining sovereignty in terms of their transport policies, energy policies and industrial policies hinges on the way the Ministry of Economy and Finances and the High-Commission for Planning choose to allocate these sums. For example, the plan should set aside a significant envelope for capital injection into some 80 or so SMEs and ETIs, or else it will not be possible to establish the sector at all.

The development of the hydrogen sector is a unique opportunity for France to restore some of its lost sovereignty. It would benefit enormously from the implementation of grand scale five-year plans and massive investment over the next 10 years. After that it will be too late!

Christophe Rouvière is the Chairman of Natureo Finance.